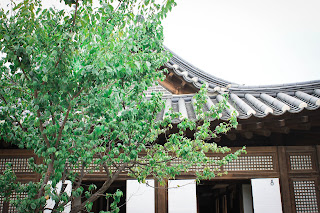 I managed to convince my family to go on an adventure on Saturday! We went to the Namsangol Hanok Village which is basically on the other side of Namsam Park which we live pretty close to. It's such a big park, though, (and there is Mt. Namsam right in the middle of it) that we had to take the subway to get to the other side of the park. Our closest subway stop is about one mile from our house. It seems close until we have to walk there with two young kids. They're really getting better at walking, though, and they don't whine too much about it anymore. Eric wanted to try one of the restaurants on the way to the subway station, so we picked up our tacos and took them with us. 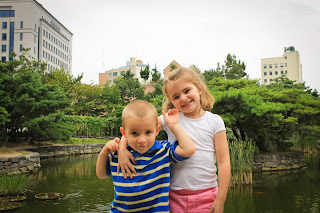 We got on at Naksapyeong and did our first transfer from line 6 to line 3 at Yaksu station. Then we went a couple more stops and got off at Chungmuro. I think the toughest part of the day was when I realized I wasn't sure which of the 8 exits at Chungmuro we were supposed to go out. When I read about it online, it said it was just a few minutes from one of the exits...but we picked the wrong one. It turns out it is actually visible from 4 different exits, but not the one we went out. Oh well. It only took us about 10 minutes to find it and then we were on our way!
Eric and I finally got to eat when we arrived at the park and then we started exploring. It is basically a park that has replicas of original traditional Korean houses that were located around the country. I thought that because it was Chusok weekend, there wouldn't be many people there, but again, it turns out I was wrong! There were a lot of people checking out the traditional Korean culture and houses. The kids enjoyed watching the drummers. Kennedy got to paint a fan to take home as a souvenir, and she really enjoyed seeing the women dressed up in traditional hanboks ("Mom, they look like princesses!"). Cade enjoyed playing with the water from the wells, playing with the Korean kids, and running away from us every chance he got!
After a couple of hours of exploration, it was clear the kids were getting tired and we needed to start heading home. One thing that I can't seem to get used to is the fact that whenever we are done with our activity, we still have the trek home. It's times like this when I wish that we still had that big Durango to plop the kids into at the end of a long day. They would sit in those big car seats and go right to sleep. It is a very different experience now! When we decided to leave the park, Eric and Kennedy were walking pretty far ahead of Cade and me. By the time Cade and I got to the bottom of the hill, Eric and Kennedy were nowhere to be seen. I looked in all directions and couldn't see them anywhere. I called Eric and he didn't answer. I really didn't know what to do. I figured Eric would head back the way we came because he is comfortable with what he even vaguely knows. But, there were 4 subway stops right in front of me. He could have gone in any of them...I didn't know what to do, so Cade and I were just standing there trying to figure it out when they came out of the 7-11 where they'd gone to buy water. Phew! That was stressful! Because Eric felt so guilty about disappearing on us, he even let me go to the Starbucks across the street where I got my $6 Frappuccino and my first souvenir Seoul travel mug...it may have been worth it!!
We made it safely back to our neighborhood, taking roughly the same route (we did utilize the closer exits to the subway) and Kennedy and I picked up some Thai food from the local "Buddha's Belly". Certainly not the best Thai food I've had (doesn't hold a candle to Jasmin Thai in Stanwood), but it was cheaper and it's a whole lot closer!
The night ended with my cake baking escapade...what a day! 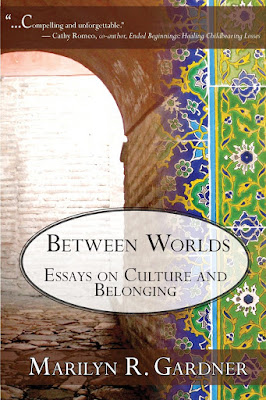